For the better part of 30 years, I told the story of how I got into marketing and copywriting, which was completely by accident.

I only recently realized that I’ve been wrong all along. Well, not entirely, because the story is certainly true. What was wrong was my reason behind it.

My first career was as a licensed insurance agent. I jumped into sales because I feared rejection. I hated it with a passion, and I figured that selling would force me to beat this thing. After all, there is no better way to get rejected all the time than being in sales.

“Do the thing you fear and the death of that fear is certain,” as Ralph Waldo Emerson noted. Right? And so I did.

Plus, the lure of being your own boss, which appealed to me since I’ve been chronically unemployable all my life, as well as working on commission (i.e., the potential of making a lot of money) were other important factors.

In the 80s, selling insurance meant going from door to door. A few people politely refused while others yelled at me and slammed the door in my face.

The pain of rejection was so intense and debilitating, I slept in more times than I cared to count. I used every excuse in the book to stop myself from knocking on doors, including being hungover, which happened often.

Here’s the part I got wrong.

I blamed my fear of rejection and intense sensitivity on my alcoholic father. He was emotionally and psychologically abusive. Luckily, he only became violent when he was sober, which was rare.

My first marriage, which failed disastrously, was to another heavy drinker — it’s as if I had unconsciously married my father. But because of my sensitivity, I joined her drinking binges on occasion, hence the many hangovers.

Working on strict commission, I had no income to show for. I eventually racked up a heavy debtload of multiple credit cards and loans to provide for my young family. After the first six months on the job, I declared bankruptcy.

That’s when I discovered almost entirely by chance that I could write and mail salesletters to get appointments. Prospects called me instead. The only rejection I got at that point, if any, was when I didn’t close the sale.

When people are interested in what you’re selling, closing is easy. In fact, I became the top salesperson in Canada for several months in a row. I loved selling and helping people. It was the prospecting bit that I hated so much.

This eventually led me to become a marketing consultant and copywriter.

The flaw in my thinking was that, all this time, I blamed my father as the cause of my sensitivity. But after my ADHD diagnosis at age 52, I learned that a common trait is something called Rejection Sensitive Dysphoria (RSD).

This completely changed my perception.

RSD is “extreme emotional sensitivity and pain triggered by the perception that a person has been rejected or criticized.” It may be triggered by a sense of falling short or failing to meet other people’s expectations — including those of your alcoholic loved ones.

The reason I mention this story is to bring up an important point.

Sensitivity was both a bottleneck and a springboard for me.

It still is to this day.

In my practice, I focus on “positioning” rather than “prospecting.” It’s at the heart of what I teach and consult other professionals on.

Similarly, I believe we all have to deal with some negative aspects of ourselves that are stumbling blocks in our lives or careers. But we also have both the opportunity and the capacity to turn that negative into a positive.

I don’t mean something tantamount to Pollyannaism. I don’t mean giving it a positive spin, either. As a copywriter, I know this all too well.

I mean turning your weakness into a strength quite literally.

In 1962, Hertz was the leading car rental company. After years of trying to compete with the market leader, Avis relented and turned its disadvantaged position into an advantage — to the benefit of their clients.

They took out a newspaper ad showing the caricature of a large fish attempting to eat a smaller one. It contained several paragraphs, but the headline read:

After that, the best lines in the ad were the first and last ones.

The first said: “Little fish have to keep moving all of the time. The big ones never stop picking on them.” The last: “Since we’re not big fish, you won’t feel like a sardine when you come to our counter — we’re not jammed with customers.”

The ad was a huge hit, so much so that it became the first of a series of print ads (and then TV commercials until the 90s) that focused on turning an underdog position into the best argument for better service.

It was a stroke of brilliance and marketing audacity. But it was also based on truth, because Avis really did do a lot of things differently than Hertz.

The ad agency simply saw it as a David-and-Goliath opportunity.

It wasn’t as much spin as it was stating (or in this case, flaunting) the obvious. It forced Hertz to constantly fight back to stay ahead. But it was so focused on beating Avis that a little car rental company called Enterprise eventually leapfrogged over both of them.

Here’s what you can take from all this.

A career coach I know teaches job-seekers how to respond to interview questions. There’s one question that is almost always asked:

“What is your biggest weakness?”

She recommends not trying to skirt around the issue (or worse, lie), but to be truthful and answer the question dead-on. Say it. But like Avis, you can turn that weakness into a positive for the prospective employer. A real, bonafide benefit.

For example, she says that, if your biggest weakness is being overly critical, then it makes you meticulous and attentive, requiring little correction. You don’t work well under pressure? That means you plan accordingly to avoid it, making you an excellent planner.

As a professional, positioning yourself as a recognized expert in the mind of your market will always outweigh your credentials. They are important, for sure. But if other professionals share the same credentials, you become interchangeable.

If you try to compete with other professionals, then you’re always comparing yourself to them. You’re always trying to focus on what makes you better.

Instead, focus on what makes you different.

Don’t be better, be different.

Find something about you that’s different or some way to differentiate yourself.

You can focus on a key strength that no other competitor has or can match. But if you’re stuck, you can also take a weakness and use it to stand out. This is particularly helpful if that weakness is a pain-point for you and trying to correct it causes you more pain.

Turn that into a marketable, beneficial-to-the-client competitive edge, like:

These are just a few examples.

You don’t have to turn your weakness into a mission as some of these people have done (although you certainly can, and in such cases, the mission becomes your positioning statement).

The key is to differentiate yourself, which will make you implicitly superior. Sometimes, the way to do that is to turn a negative into a positive.

In other words, turn faults into fulcrums. 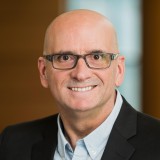 Michel Fortin is an visibility marketing consultant and business advisor specializing in SEO, communications, positioning, branding, and content strategy. For the better part of 30 years, he helped hundreds of thousands of professionals and businesses increase their online visibility. He is the Director of Search at seoplus+, an award-winning digital marketing agency in Ottawa, Canada. He is the author of the More Traffic Memo™ SEO email newsletter.

If you want to grow your exposure and your business, I offer expert advice to select clients. My services are best suited for established businesses with an existing online presence generating at least a million a year. I only provide advisory. For implementation work, I can train your team or recommend vetted resources I trust.

Get The More Traffic Memo for tips, insights, ideas, and practical strategies to improve your visibility and drive more targeted traffic. Unsubscribe anytime.