How to Turn Titles Into Tractor Beams

When you write a book or an article, you tend to come up with a title for your piece that basically summarizes or emphasizes the main point of the story. The main point is often called the “lede,” which is a newspaper term.

When reporters tend to write an article by following a certain narrative, sometimes a better one is hidden deeper in the story. A better point or idea. Something that would otherwise be a more impactful narrative or storyline.

Hence the saying, “Burying the lede.”

But should the headline do the same thing?

As a reader, you prefer titles to headlines because you can tell, in a split second, if the article is of interest to you, and if it’s worth reading or not. But you’re a writer. And you’re not your reader.

Most writers tend to choose a headline for their articles that may not always be the best one. That’s why newspapers often employ copyeditors — people whose specific job (and skill) is, among others, to pick or write headlines.

They’re often the ones who also tell their writers if their articles are leading with the best idea. (I’ve seen cases of copyeditors choosing a headline for an article that was about something completely different, something they thought was a better lede, than what the reporter originally did.)

When coming up with headlines, you have to think like a copyeditor.

Think about it: your headline is not meant to be a summary. It’s not meant to tell the entire story right then and there. It’s meant to pull people into the copy. I’m talking about picking the best idea, just like you do with the lede.

Use intrigue, fascination, curiosity, controversy, scarcity, urgency, mystery, even incomplete ideas in your headlines. Force the reader into your copy so they can satisfy their curiosity or complete the idea you started.

By the way, “clickbait” has a bad reputation simply because these types of headlines, which make a promise, drive people into the content, which breaks that promise. Your content has to fulfil the promise made by the headline.

Think of the word” bait” in clickbait.

Clickbait is bait and switch. And that’s what’s wrong.

Nevertheless, don’t write some all-encompassing title that’s more of a summary or synopsis, or even something general or basic. Think of your headline as giving a taste, a tiny nibble, of a bigger treat that’s found inside your copy.

Here are some examples:

These are headlines for some of the world’s most successful ads ever written. Many of them were written over a century ago, but the headlines were so effective that the ads ran for decades.

Often, we “bury the lede” when we try too hard to be creative or clever with our headlines that we ignore better ones that are quite often right under our noses.

Also, if your headline is too confusing, people are forced to scan subheads to get context or understand the point you’re making. But that’s rare. They will often skip it entirely if they feel they have to work for it.

But like a lede, you may be “burying the headline.“

Try this: swap subheads with your headline. See if it pulls better. It may pull a greater response. For example, a headline might be “How to grow a profitable practice.” A header further down might be, “Follow these 11 tips that can save your practice from bankruptcy.”

(This might also be an indication that you’re burying the lede. If the subhead pulls better, the content that follows it may be a better idea.)

Another one of my favorite headline tactics is to connote something shocking, weird, confusing, odd, outrageous, or interesting. And then to explain it further in the copy. This is where storytelling comes in handy.

You start with something that might seem unbelievable but doesn’t tell the full story, which forces the reader into the copy to know more. The goal is to pique the reader’s curiosity. And then to satisfy that curiosity.

Let’s say you sell a weightloss program. Your copy hinges on the idea that strict diets are bad. They can even cause health problems. In some cases, they can even lead to death. (Remember the cotton-ball diet?)

So the headline could say: “Your ‘healthy’ diet may be slowly killing you.”

In short, headlines should drive the readers into the copy. If it doesn’t, people might skim and scan your body copy, looking for cues that will invite them in.

While headers and subheads help, other elements can also provide eye gravity. For example, images, photos, bullets, boxes, callouts, and so on help to stop the reader from scanning and pull them into the copy.

But use them judiciously.

Don’t overwhelm the reader by stuffing your content with headers and bullets and boxes. Otherwise, it will make it all look the same, so it will invite readers to keep scanning, which defeats the purpose.

Similarly, the look of your text itself can be inviting — or it can be repelling.

It’s common to use long paragraphs in print publications. But online, where content is surrounded by environmental noise and buttressed against a plethora of distractions, it’s a lot harder to read.

Densely packed content, like those found in industry journals, doesn’t work well with a distractible, attention-deprived, mobile-driven reader. When paragraphs are too wordy, it reduces vidual breaks, creates larger chunks of blurred text, and causes snowblindness where people skip more than they read.

Keep your paragraphs short and sweet, even use single-sentence paragraphs here and there, which will create more whitespace and eye traction. That way, it is easier to scan without skipping, draws attention to shorter pieces of content that might grab their attention, and pulls them into the copy.

Also, paragraphs of no more than 2-3 lines deep will also give readers a chance to breathe while still being engaged in the flow of the copy.

When people are asked to do something, especially if it means they must give up something else to do it (like their attention, email, or money), there will always be some resistance. There’s no real way of removing that natural inclination as it is part of human nature.

But there are plenty of ways to reduce it or control it.

One way is to minimize the commitment or risk. For instance, if the action requested seems long, or if people typically assume that it is, add copy that gives them an idea of how much of a commitment you’re asking of them.

Some blog networks, like Medium and Substack for example, and social platforms like LinkedIn, now include the estimated reading time beside the link to the shared content. You can do the same.

In short, if it seems like a lot of work, even when it’s not, it already is. So make it easier on your reader by telling them instead. Don’t let them assume the worst. 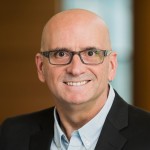