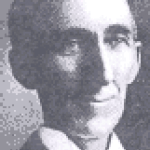 You cannot give everyone more in cash market value than you take from him, but you can give him more in use value than the cash value of the thing you take from him. The paper, ink, and other material in this book may not be worth the money you pay for it, but if the ideas suggested by it bring you thousands of dollars, you have not been wronged by those who sold it to you. They have given you a great use value for a small cash value.

Let us suppose that I own a picture by one of the great artists, which, in a developed society, is worth thousands of dollars. I take it to Baffin Bay and by “salesmanship” induce a native dweller to give a bundle of furs worth $500 for it. I have really wronged him, for he has no use for the picture. It has no use value to him; it will not add to his life.

But suppose I give him a gun worth $50 for his furs. Then he has made a good bargain. He has use for the gun. It will get him many more furs and much food; it will add to his life in every way. It will make him rich.

When you rise from the competitive to the creative plane, you can scan your business transactions very strictly, and if you are selling any person anything which does not add more to his life than the thing he give you in exchange, you can afford to stop it. You do not have to beat anybody in business. And if you are in a business which does beat people, get out of it at once.

Give everyone more in use value than you take from him in cash value. Then you are adding to the life of the world by every business transaction.

If you have people working for you, you must take from them more in cash value than you pay them in wages, but you can so organize your business that it will be filled with the principle of advancement, and so that each employee who wishes to do so may advance a little every day.

You can make your business do for your employees what this book is doing for you. You can so conduct your business that it will be a sort of ladder by which every employee who will take the trouble may climb to riches himself. And given the opportunity, if he will not do so, it is not your fault.

And finally, just because you are to cause the creation of your riches from formless substance which permeates all your environment, it does not follow that they are to take shape from the atmosphere and come into being before your eyes.

It will be brought to you by the power of the supreme intelligence, acting upon the minds of men. If you live in Maine, it may be that a person will be brought from Texas or Japan to engage in some transaction which will result in your getting what you want.

If so, the whole matter will be as much to that person's advantage as it is to yours.

Do not forget for a moment that the thinking substance is through all, in all, communicating with all, and can influence all. The desire of thinking substance for fuller life and better living has caused the creation of all the sewing machines already made, and it can cause the creation of millions more — and will, whenever people set it in motion by desire and faith and by acting in a certain way.

You can certainly have a sewing machine in your house, and it is just as certain that you can have any other thing or things which you want and which you will use for the advancement of your own life and the lives of others.

You need not hesitate about asking largely. “It is your Father's pleasure to give you the kingdom,” said Jesus.

Original substance wants to live all that is possible in you, and wants you to have all that you can use and will use for the living of the most abundant life.

If you fix upon your consciousness the fact that your desire for the possession of riches is one with the desire of the supreme power for more complete expression, your faith becomes invincible.

Once I saw a little boy sitting at a piano, vainly trying to bring harmony out of the keys. I saw that he was grieved and provoked by his inability to play real music. I asked him the cause of his vexation, and he answered, “I can feel the music in me, but I can't make my hands go right.” The music in him was the URGE of original substance, containing all the possibilities of all life. All that there is of music was seeking expression through the child.

God, the one substance, is trying to live and do and enjoy things through humanity. He is saying “I want hands to build wonderful structures, to play divine harmonies, to paint glorious pictures. I want feet to run my errands, eyes to see my beauties, tongues to tell mighty truths and to sing marvelous songs,” and so on.

He wants all these things because it is himself that enjoys and appreciates them; they are his creation. It is God who wants to play, and sing, and enjoy beauty, and proclaim truth, and wear fine clothes, and eat good foods. “It is God that worketh in you to will and to do,” said the apostle Paul.

The desire you feel for riches is the infinite, seeking to express himself in you as he sought to find expression in the little boy at the piano.

So you need not hesitate to ask largely.

Your part is to focus on and express that desire to God.

This is a difficult point with most people. They retain something of the old idea that poverty and self-sacrifice are pleasing to God. They look upon poverty as a part of the plan, a necessity of nature.

They have the idea that God has finished his work, and made all that he can make, and that the majority of people must stay poor because there is not enough to go around. They hold to so much of this erroneous thought that they feel ashamed to ask for wealth. They try not to want more than a very modest competence, just enough to make them fairly comfortable.

I recall now the case of one student who was told that he must get in mind a clear picture of the things he desired, so that the creative thought of them might be impressed on formless substance. He was a very poor man, living in a rented house and having only what he earned from day to day, and he could not grasp the fact that all wealth was his. So, after thinking the matter over, he decided that he might reasonably ask for a new rug for the floor of his best room and a coal stove to heat the house during the cold weather. Following the instructions given in this book, he obtained these things in a few months.

And then it dawned upon him that he had not asked enough.

He went through the house in which he lived, and planned all the improvements he would like to make in it. He mentally added a bay window here and a room there until it was complete in his mind as his ideal home, and then he planned its furnishings.

Holding the whole picture in his mind, he began living in the certain way and moving toward what he wanted — and he owns the house now and is rebuilding it after the form of his mental image. And now, with still larger faith, he is going on to get greater things.

It has been unto him according to his faith, and so it is with you — and with all of us.