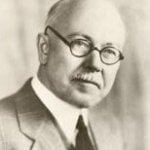 The time has come when advertising has in some hands reached the status of a science. It is based on fixed principles and is reasonably exact. The causes and effects have been analyzed until they are well understood. The correct method of procedure have been proved and established. We know what is most effective, and we act on basic laws.

Advertising, once a gamble, has thus become, under able direction, one of the safest business ventures. Certainly no other enterprise with comparable possibilities need involve so little risk.

Therefore, this book deals, not with theories and opinions, but with well-proved principles and facts. It is written as a textbook for students and a safe guide for advertisers. Every statement has been weighed. The book is confined to establish fundamentals. If we enter any realms of uncertainty we shall carefully denote them.

The present status of advertising is due to many reasons. Much national advertising has long been handled by large organizations known as advertising agencies. Some of these agencies, in their hundreds of campaigns, have tested and compared the thousands of plans and ideas. The results have been watched and recorded, so no lessons have been lost.

Such agencies employ a high grade of talent. None but able and experienced men can meet the requirements in national advertising. Working in co-operation, learning from each other and from each new undertaking, some of these men develop into masters.

Individuals may come and go, but they leave their records and ideas behind them. These become a part of the organization's equipment, and a guide to all who follow. Thus, in the course of decades, such agencies become storehouses of advertising experiences, proved principles, and methods.

The larger agencies also come into intimate contact with experts in every department of business. Their clients are usually dominating concerns. So they see the results of countless methods and polices. They become a clearinghouse for everything pertaining to merchandising. Nearly every selling question which arises in business is accurately answered by many experiences.

Under these conditions, where they long exist, advertising and merchandising become exact sciences. Every course is charted. The compass of accurate knowledge directs the shortest, safest, cheapest course to any destination.

We learn the principles and prove them by repeated tests. This is done through keyed advertising, by traced returns, largely by the use of coupons. We compare one way with many others, backward and forward, and record the results. When one method invariably proves best, that method becomes a fixed principle.

Mail order advertising is traced down to the fraction of a penny. The cost per reply and cost per dollar of sale show up with utter exactness.

In lines where direct returns are impossible we compare one town with another. Scores of methods may be compared in this way, measured by cost of sales.

But the most common way is by use of the coupon. We offer a sample, a book, a free package, or something to induce direct replies. Thus we learn the amount of action which each ad engenders.

But those figures are not final. One ad may bring too many worthless replies, another replies that are valuable. So our final conclusions are always based on cost per customer or cost per dollar of sale.

These coupon plans are dealt with further in the chapter on "Test Campaigns." Here we explain only how we employ them to discover advertising principles.

In a large ad agency coupon returns are watched and recorded on hundreds of different lines. In a single line they are sometimes recorded on thousands of separate ads. Thus we test everything pertaining to advertising. We answer nearly every possible question by multitudinous traced returns.

Some things we learn in this way apply only to particular lines. But even those supply basic principles for analogous undertakings.

Others apply to all lines. They become fundamentals for advertising in general. They are universally applied. No wise advertiser will ever depart from those unvarying laws.

We propose in this book to deal with those fundamentals, those universal principles. To teach only established techniques. There is that technique in advertising, as in all art, science and mechanics. And it is, as in all lines, a basic essential.

The lack of those fundamentals has been the main trouble with advertising of the past. Each worker was a law unto himself. All previous knowledge, all progress in the line, was a closed book to him. It was like a man trying to build a modern locomotive without first ascertaining what others had done. It was like a Columbus starting out to find an undiscovered land.

Men were guided by whims and fancies — vagrant, changing breezes. They rarely arrived at their port. When they did, quite by accident, it was by a long roundabout course.

Each early mariner in this sea mapped his own separate course. There were no charts to guide him. Not a lighthouse marked a harbor, not a buoy showed a reef. The wrecks were unrecorded, so countless ventures came to grief on the same rocks and shoals.

Advertising was a gamble, a speculation of the rashest sort. One man's guess on the proper course was as likely to be as good as another's. There were no safe pilots, because few sailed the same course twice.

The condition has been corrected. Now the only uncertainties pertain to people and to products, not to methods. It is hard to measure human idiosyncrasies, the preferences and prejudices, the likes and dislikes that exist. We cannot say that an article will be popular, but we know how to sell it in the most effective way.

Ventures may fail, but the failures are not disasters. Losses, when they occur, are but trifling. And the causes are factors which has nothing to do with the advertising.

Advertising has flourished under these new conditions. It has multiplied in volume, in prestige and respect. The perils have increased many fold. Just because the gamble has become a science, the speculation a very conservative business.

These facts should be recognized by all. This is no proper field for sophistry or theory, or for any other will-o'-the-wisp. The blind leading the blind is ridiculous. It is pitiful in a field with such vast possibilities. Success is a rarity, a maximum success an impossibility, unless one is guided by laws as immutable as the law of gravitation.

So our main purpose here is to set down those laws, and to tell you how to prove them for yourself. After them come a myriad of variations. No two advertising campaigns are ever conducted on lines that are identical. Individuality is an essential. Imitation is a reproach. But those variable things which depend on ingenuity have no place in a text book on advertising. This is for groundwork only.

Our hope is to foster advertising through a better understanding. To place it on a business basis. To have it recognized as among the safest, surest ventures which lead to large returns. Thousand of conspicuous successes show its possibilities. Their variety points out its almost unlimited scope. Yet thousands who need it, who can never attain their deserts without it, still look upon its accomplishments as somewhat accidental.

That was so, but it is not so now. We hope that this book will throw some new lights on the subject.